Does Outbreak Size Matter?
An Analysis Comparing the Epidemiologic Characteristics of Small and Large
Foodborne Disease Outbreaks.
By Cassandra Harrison

Background
Foodborne diseases are a substantial contributor to illness, hospitalizations, and
deaths each year in the United States. Data provided from outbreak investigations can
lead to a better understanding of the epidemiologic features of foodborne illnesses. The
objectives of this study were to describe the epidemiologic factors associated with small
and large foodborne disease outbreaks in the United States and to also determine
differences between small and large outbreaks that might inform food safety policy.

Methods
Descriptive, bivariate, and logistic regression analyses were performed on
foodborne disease outbreaks occurring between 1999-2008 that were voluntarily reported
to the Centers for Disease Control and Prevention (CDC) Foodborne Disease Outbreak
Surveillance System by September 1, 2010. Analyses focused on the demographic
features, etiologic agents, settings, and commodities associated with small outbreaks (less
than 10 illnesses) and large outbreaks (10 or more illnesses).

Results
During the ten-year period between 1999 and 2008, a total of 12,068 foodborne
disease outbreaks were reported to the CDC. There were 6,704 small outbreaks (median
outbreak size 4 illnesses) and 5,364 large outbreaks (median outbreak size 22 illnesses),
comprising 56% and 44% of the dataset, respectively. Small outbreaks were less likely to
be laboratory-confirmed or be caused by norovirus, but were more likely to be due to
Ciguatoxin and Scombroid toxin from finfish. Results from the multivariable logistic
model revealed that small outbreaks were most often associated with retail preparation
settings, chemical toxin etiologies, and missing etiology data. On the other hand, large
outbreaks were associated with institution and other settings, and viral etiologic agents.

Conclusions
Although small outbreaks do not often receive the same level of attention as large
outbreaks in the mainstream media or scientific literature, small outbreaks are more
common than large outbreaks and are commonly associated with retail preparation
settings. Consequently, it is important to continue investigating and reporting these in
order to understand the factors contributing to these outbreaks and prevent future
illnesses. 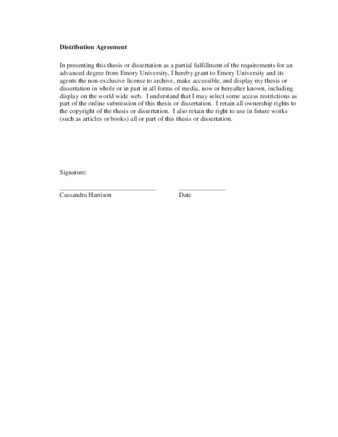