Why is it that Tunisia experienced the only successful democrat tic transition in the aftermath of the Arab Spring? Why did the Egypt and Libya's democratic transitions fail? What can this reveal about what factors effect democratic transitions? This paper argues that trust is an invaluable asset for the success of Tunisia's democratic transition. The trust built between leaders of Tunisia's main labor union, The Tunisian General Labor Union (UGTT) and their members allowed for the UGTT to play the role of a watchdog organization in the post-Arab Spring era. The leaders of Tunisia's main religious political party, Al-Nahda, built trust between themselves and their secular counterparts through frequent negotiations and compromises. This trust was seen in the post-Arab Spring period, where Al-Nahda and the secular opposition came to key compromises to ensure that Tunisia remained on its course towards consolidated democracy. Egypt, on the other hand, lacked an organization capable of playing a watchdog role. The Egyptian Trade Union Federation, the organization most similar to the UGTT, was a longtime advocate of the authoritarian regime and failed to build trust with its members. The Muslim Brotherhood, Egypt's most powerful political party, failed to build trust with the secular opposition, who saw them as selfish opportunists. The Muslim Brotherhood and the secular opposition's failure to build trust caused both sides to be unable to reach compromises during the post-Arab Spring era. Additionally, this tempted both the Muslim Brotherhood and the secular opposition to attempt to use the Egyptian Deep State to their advantage, which gave the Deep State the legitimacy necessary to end Egypt's democratic experiment. Libya, on the other hand, had no civil or political society, which caused a lack of an internal watchdog organization. Additionally, this meant that many members of the new Libyan government were members of the old regime, which made Libyans suspicious of their new government. These cases highlight the importance of both kinds of trust in democratic consolidation, and indicates that its presence would support a country's democratic transition.

o Mass vs. Elite Based Democratization 16

o The Importance of Unions and Religious Organizations 22 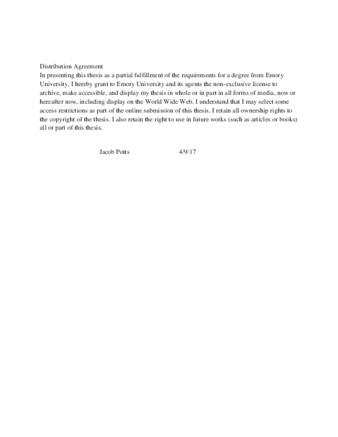