The understanding of interfacial charge transfer dynamics from single quantum dots (QDs) is essential to the full utilization of their outstanding spectroscopic properties for solar cell applications. In this dissertation, we investigated three different types of QD-X systems, in which X represents: (1) molecular charge acceptors which are adsorbed on QD surface, (2) transparent conduction films which are widely used in QD based optoelectronic devices, and (3) redox electrolytes used in quantum dot-sensitized solar cells.

For the first system, time-resolved single QD spectroscopy is utilized to study the electron transfer dynamics from single QDs to fullerene molecules and the hole transfer dynamics from single QDs to phenothiazine molecules. It was found that both electron and hole transfer processes can reduce the fluorescence lifetime of QDs. Also, in these self-assembly complexes, a distribution in the ratio of adsorbates to QDs was observed and was attributed to the origin of static and dynamic heterogeneities in charge transfer properties. The distribution is found to be governed by Poisson Statistics. Differing from electron transfer which could introduce more off-states in single QD fluorescence, we found that hole transfer process from single QDs to phenothiazine molecules has little effect on the statistics of the off-states, which is often believed to be positively charged QDs with a valence band hole. Instead, it increases the probability of weakly emissive or "grey" states.

In the second system, by comparing ensemble averaged fluorescence decay and transient absorption kinetics, we show that for QDs on SnO2, the exciton is quenched by electron transfer from the QD to SnO2. At QD-ATO interface, much faster exciton quenching rates are observed and attributed to fast Auger recombination in charged QDs formed by Fermi level equilibration between the QD and n-doped ATO. Single QDs on SnO2 and ATO shows similar blinking dynamics with correlated fluctuation of emission intensities and lifetimes. Compared to QDs on SnO2, QDs on ATO films show larger variation of average exciton quenching rates, which is attributed to a broad distribution of the number of charges and nature of charging sites on the QD surface.

In the third system, with ensemble averaged steady-state and time-resolved absorption and emission spectroscopy, we show that QDs in the presence of sulfide electrolyte are charged due to redox active surface midgap states. As a result, excitons in such QDs decay much faster via Auger recombination involving the additional charges. Such charging induced fast Auger recombination can compete with excition dissociation by interfacial electron transfer, which may be a hereto overlooked reason for low efficiency in many quantum dot-sensitized solar cells (QDSSCs). Using single QD fluorescence spectroscopy, we investigated the evolution of QD properties during the charging process as a function of charging time and the heterogeneity of charging degree among different QDs. Due to the efficient recombination of surface electrons with the hole in the core of QDs, off-states in charged QDs are significantly suppressed. We also found that with longer charging time, both the average decay rates and the width of rate distributions become bigger which is attributed to the different charging degree and charging sites in different QDs. 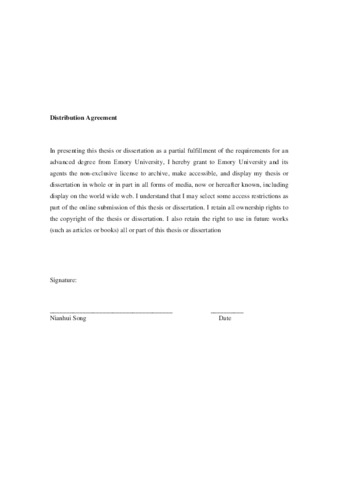