The Gram-negative strict human pathogen Neisseria gonorrhoeae is the causative agent of the sexually transmitted infection gonorrhea. Worldwide, 95 million cases of gonorrhea are reported each year. Damage to reproductive organs due to gonococcal infection, particularly in females, can lead to pelvic inflammatory disease, ectopic pregnancy, and in some cases infertility. Currently only third generation cephalosporins are recommended to treat gonorrhea, yet recent reports of cephalosporin resistance poses a serious public health concern. The gonococcal MtrCDEF efflux pump exports structurally diverse hydrophobic antimicrobials, thus greatly impacting antimicrobial resistance. Several DNA-binding proteins transcriptionally regulate the expression of both the mtrCDE operon and mtrF. The global transcriptional regulator MtrR not only dampens expression of the mtrCDE operon but also regulates a number of genes important for both gonococcal physiology and metabolism. Upon investigation of the regulatory properties of mtrF, it was discovered that MpeR repressed its expression. Interestingly, the expression of mpeR was derepressed under iron-deplete conditions similar to those found in vivo. Thus, this work sought to determine the regulatory capacity of MpeR and how the availability of free iron could impact resistance to antimicrobials recognized by the MtrCDEF efflux pump. It was discovered that MpeR is a global transcriptional regulator, activating and repressing a number of genes at both the mid-log and late-log phases of growth. Among the genes that were repressed in a direct manner at the mid-log phase of growth was mtrF. We found that high-level antibiotic resistance to a substrate of the MtrCDE efflux pump, mediated by MtrF, could be modulated by both MpeR and the availability of free iron. At the late-log phase of growth, when mpeR was maximally expressed, mtrR was directly repressed by MpeR, resulting in increased expression of the mtrCDE operon in an iron-dependent manner. Additionally, MpeR can directly activate expression of fetA encoding the single-component TonB-dependent outer membrance receptor, FetA, important for xenosiderophore recognition. Taken together, this work establishes a novel link, mediated by MpeR, between how changes in the availability of free iron can impact resistance to antimicrobials recognized by the MtrCDE efflux pump; thus expanding our understanding of gonococcal pathogenesis.

Table 1: Bacterial strains and plasmids used in this study
Table 2: Oligonucleotides used in this study
Table 3: Effect of iron and mpeR on high-level TX-100 resistance due to mtrR mutations
Table 4: MpeR regulon in Neisseria gonorrhoeae
Table 5: Effect of terC and mpeR on susceptibility of gonococci to potassium tellurite
Figure 1: Regulation of mtrF by MpeR
Figure 2: Maximal expression of mpeR.
Figure 3: Expression of mpeR under iron replete and deplete conditions.
Figure 4: Regulation of mtrR by MpeR.
Figure 5: Iron modulates levels of MtrR.
Figure 6: Regulation of mtrCDE expression is modulated by mpeR expression and levels of free iron but not mtrR expression.
Figure 7: MpeR binds specifically to the upstream region of mtrR.
Figure 8: Model demonstrating the regulatory properties of MpeR that impact the high-level resistance mediated by the MtrCDE efflux system in an iron-dependent manner. 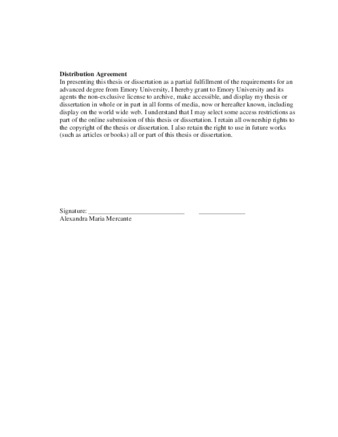