English's role as a global lingua franca in business and politics has made improving English skills a primary concern for many countries throughout the world, particularly in the European Union. The existing research and literature focusing on the countrywide determinants of English proficiency is quite limited. The literature also leaves room for improvement in terms of methodology and variables used. This paper uses a panel data approach to consider both time-series and cross-country variation in English proficiency in the EU; by lagging potentially endogenous variables when possible, this project attempts to find a causal relationship between globalization indicators, education variables, linguistic variables, and English proficiency. The results show strong evidence to suggest that government expenditures on education, similarity of the native language to English, and the economic importance of the native language all have explanatory power over the differences in English proficiency between EU countries. For the globalization variables, although strong correlation with English proficiency exists, not much evidence to suggest a causal relationship is found. However, there is preliminary evidence to suggest that one globalization variable, the strength of the country's tourism industry, might have explanatory power over variation in English proficiency within countries. In the future, this project could be improved upon when there are more Eurobarometer survey data, thus increasing the sample size. The methodology could also be improved upon with the use of instrumental variables to better account for endogeneity bias.

c. Remarks on both models 37 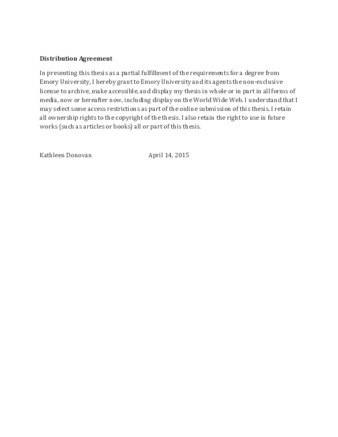