This thesis is about analytic number theory. In particular, I prove theorems about class numbers, L-functions, and partitions, by using methods from the theory of modular forms and a generalization of modular forms called harmonic Maass forms.

Class numbers of quadratic number fields count classes of quadratic forms, and information about their arithmetic properties percolates into many areas of number theory. I quantified a recent theorem of Wiles, who proved the existence of imaginary quadratic fields with prescribed local conditions whose class numbers are indivisible by a given odd prime. I extended Wiles' result by proving a lower bound on the number of such fields with discriminant down to a given bound. I used this estimate to count rank 0 twists of certain elliptic curves.

Partition numbers are given by a simple combinatorial definition, but are connected to deep ideas in math. I proved Hardy-Ramanujan-type effective estimates for the number of k-regular partitions for low k. With Bessenrodt, I used these estimates to prove formulas for multiplicative partition functions arising in group theory.

I studied parts of partitions lying in given residue classes with respect to a fixed modulus. For large n, how many parts of a partition of n should one expect to be equivalent to r (mod m)? Mertens and I used the Circle Method, a technique for estimating the coefficients of modular forms that have a pole, to answer this question.

The theory of modular forms is the two-dimensional case of a larger body of work called the Langlands Program. A challenge in this area is studying the analytic properties of L-functions for automorphic forms; the Rankin-Selberg method allows one to do this in certain settings. Recent work to extend this technique has led to the development by Hoffstein and Hulse of shifted convolution L-series. Making use of mock modular properties of a class of these series, I proved bounds for special values of symmetrizations of the shifted convolution series.

6. Parts of partitions in residue classes 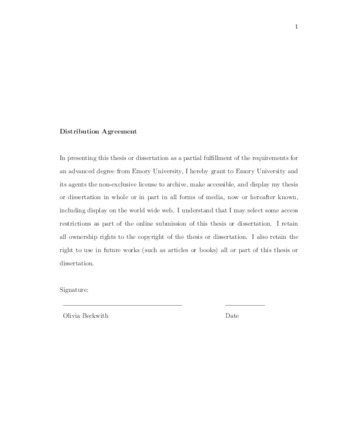