The ELMO domain containing proteins (ELMODs) are a novel group of GTPase activating proteins (GAPs) that act on members of the Arf family of regulatory GTPases, though they lack the previously characterized, conserved Arf GAP domain. Very little is known about the functions of the ELMODs but the human family members have been implicated in non-syndromic familial deafness or idiopathic pulmonary fibrosis. The ELMODs belong to the ELMO family of proteins which includes three ELMODs and three ELMOs in humans and is defined by the presence of the ELMO domain in each of its members. The ELMOs function as key regulators of cell migration and actin dynamics as unconventional guanine nucleotide exchange factors for the Rho family GTPase Rac1. Unlike the ELMODs, the ELMOs lack any detectable GAP activity for Arf family GTPases. In this dissertation, I show that ELMODs and ELMOs are two phylogenetically distinct groups of proteins despite being members of the same gene family. The ELMODs represent the more ancient form of the protein and were likely present in the last eukaryotic common ancestor, suggesting some ancient function(s) of the ELMODs important or even essential for eukaryotic life. I mapped the GAP motif of the ELMODs to a region within the ELMO domain and provided initial characterization of this motif by identifying an arginine residue essential for efficient GAP activity. I also provide the first functional information for the ELMODs and present models for the cellular roles of ELMOD1 and ELMOD3 as a regulator of Arf signaling at the Golgi and as an activator of RhoA signaling at the trailing edge of migrating cells, respectively. However, additional cellular localizations of each of the ELMODs and putative binding partners identified in this dissertation are suggestive of other, novel roles for the ELMODs in cells. Together these data represent the majority of the available information on the ELMODs and provide the foundation for our later studies to provide a better understanding of the biology of the ELMODs and their roles in cell biology and human diseases.

Figure 2: Domain architecture of the ELMO family of proteins 5

Figure 5: The putative catalytic arginine and some of the other residues within the putative GAP domain of the ELMODs (top) are not conserved in members of the ELMO sub-family (bottom) 33

Figure 6: Mutation of the putative catalytic arginine residue reduces GAP activity of ELMOD1-myc/his and ELMOD2-myc/his in in vitro and cell-based assays 36

Figure 7: Over-expression of ELMOD1-HA alters Golgi morphology but this phenotype is absent for ELMOD1(R174K)-HA 40

Figure 7: ELMOD3-HA causes changes in the actin cytoskeleton in a Rho-dependent fashion 82

Figure 4: Staining of ELMOD3-HA and of PI(4,5)P2 show extensive overlap at the cell periphery 115

ELMOs and the ELMO domain 133

Figure 1: Model for the function of the ELMO domain in ELMOs and ELMODs 135

Models for the cellular functions of ELMODs 138

Figure 2: Schematic of confirmed and suspected subcellular localization of the ELMODs throughout the cell 139

Figure 3: The model for the function of ELMOD3 closely parallels its paralog ELMO1 146

General comments regarding models for the functions of ELMODs 151

Clinical aspects of the ELMODs 152 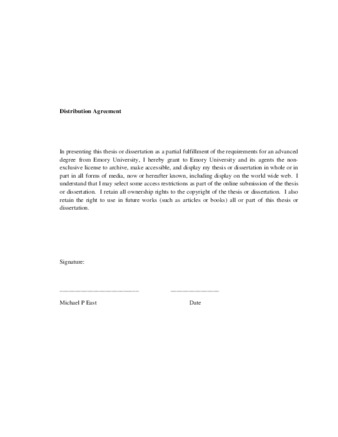