This dissertation uses historical critical analysis to explore the rhetorical function of the early Christian concept of hell in both canonical New Testament texts and apocryphal literature. I contend that ancient Christian writers adapted the rhetorical function of the descriptions of Hades in Greek and Roman literature to create a concept of hell in forging a distinctively Christian version of Greek cultural education, paideia. Through my analysis I not only explore the ways in which early Christians were using the rhetoric of hell but also trace the history of this interpretive process. I argue that Matthew's gospel is the nexus in which early Christian ideas about eternal punishment began to crystallize and became the focal point for later apocalyptic authors who interpret and reshape Matthew's "weeping and gnashing of teeth" in a variety of pedagogical contexts. As such the dissertation has two aims: to explore rhetoric in early Christianity in light of Greek and Roman rhetorical practices and to trace the history of an important scripturally informed concept in the early Church.

I. Why Hell?: The Historical Relevance of the Rhetoric of Eternal Punishment, 1

II. A Word about Terminology for Eternal Punishment, 5

Chapter 2 Death, Judgment, and the Abode of the Dead as Malleable Rhetorical Tools in the Hebrew Bible

II. Concepts of the Abode of the Dead in the Hebrew Bible, 26

a. All Dead Travel to a Common Place, 30

b. The Place of the Dead as a Descriptor, 36

ii. A Poetic Marker for Depth, or a Remote Place, 38

iii. The Opposite of the Heavens, 38

III. The Abode of the Dead as a Rhetorical Tool in the Hebrew Bible, 39

a. Vivid or Dramatic Imagery: The Abode of the Dead as Spectacle or Metaphor, 39

b. Sorting the Dead: The Abode of the Dead Signifying Judgment or Punishment, 45

c. The Abode of the Dead as a Tool for Moral Formation in the Hebrew Bible, 51

i. The Life and Death Contrast in the Hebrew Bible, 51

ii. The Abode of the Dead as Ethical Motivation, 57

Chapter 3 Eternal Judgment, Punishment, and the Afterlife as an expression of Paideia in Greek and Latin Literature

a. Paideia as Rhetorical Training, 71

b. Paideia and Early Christianity, 77

d. Ekphrasis: The Pedagogical use of Rhetoric in Transmitting Cultural Values, 86

III. Greek and Roman Examples of Hell as Paideia, 104

a. Prevalence of Homer and Virgil in Ancient School Texts, 104

b. Visualizing Punishment: The Use of Ekphrasis in Depictions of Hades, 107

ii. Evidence of Ekphrasis: The Language of Perception, 111

iii. Evidence of Ekphrasis: The Presence of Enargeia or "Vividness," 115

iv. Explicit Communication of the Didactic Function of the Ekphrasis, 121

c. The Spectacle of Punishment as Paideia, 125

Chapter 4 PeriÄ“gÄ“sis?: The Journey through the Places of the Dead in Jewish Apocalyptic Literature

II. The Genre of Geographic "Tours" in Jewish Apocalyptic Literature, 136

III. The Rhetorical Function of "Tours": Parallel to PeriÄ“gÄ“sis of Greek and Latin Literature?, 147

b. Order and Meaning: Implicit Paideia in the Jewish Apocalypses, 158

Chapter 5 A Choice Between Two Ways: The Rhetorical Function of Eternal Punishment in the New Testament

II. Ekphrasis or Enargeia?: Analyzing the Rhetoric of Description in the NT, 175

III. The Pedagogical Function of Eternal Punishment in Matthew's Sources, 179

IV. The Pedagogical Function of Eternal Punishment among Matthew's Contemporaries, 195

Chapter 6 The Pedagogical Role of Eschatological Judgment, Eternal Punishment, and the Afterlife in Matthew

II. Education in Matthew: An Exercise in Community Formation, 225

b. Matthew's Interest in Paideia and the Formation of Ecclesia, 230

III. The Role of Apocalyptic Eschatology within Matthew's "Curriculum," 239

IV. The Pedagogical Function of Eternal Punishment in Matthew, 246

b. Evidence of Ekphrasis: The Presence of Enargeia or "Vividness," 250

c. Explicit Communication of the Didactic Function of the Ekphrasis, 262

d. The Description of Punishment as Paideia: Rhetoric of Ethical and Cultural Education, 267

II. Dating and Reception of Tours of Hell, 281

a. Interpreting Matthew in the Apocalypse of Peter, 292

b. Reading Matthew and Paul together in the Apocalypse of Paul, 301

c. Reinventing the Beatitudes in the Gk. Apoc. Ezra, 313

IV. The Pedagogical Function of Hell in the Early Christian Apocalypses, 322

b. Evidence of Ekphrasis: Language of Perception, 326

d. The Spectacle of Punishment as Paideia: Explicit Communication of the Didactic Function of Ekphrasis, 336

V. The Pedagogical Function of Hell in the Early Church Fathers, 346

a. Chrysostom: Zeal in Appropriating Hell as the Heart of Christian Paideia, 348

b. Augustine: Distinguishing Christian Paideia from the Tools of the Empire, 351

Chapter 8: Conclusion: The Landscape of Hell and the Cultivation of Early Christianity

I. How did "Hell" Emerge as an Educational Tool for Early Christians?, 357

II. Hell, What is it Good For?: Damnation and the Cultivation of Culture, 363

Appendix A: Concepts of the Abode of the Dead in the Hebrew Bible, 401

Appendix B: The Abode of the Dead as a Rhetorical Tool in the Hebrew Bible, 408

Appendix C: Ekphrasis in Greek and Latin Texts that Deal with Hades extensively, 415

Appendix D: Enargeia of "Hell" in the New Testament (apart from Matthew), 416

Appendix G: "Weeping and Gnashing of Teeth" in Matthew, 420 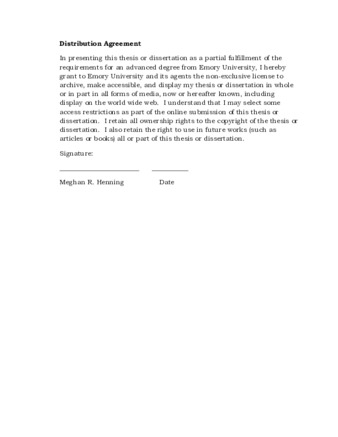