This interdisciplinary project focuses on the vital role of emotion in moral cognition and the ramifications for a psychologically realistic approach to normative ethical reasoning. Convergent evidence from a variety of scientific fields, including psychology, neuroscience, and primatology, indicates that affect directs our intuitive judgments, grounds our empathic capacities, orients our moral reasoning, and motivationally binds us to our assessments. These descriptive findings shed light on several prominent metaethical issues, including the simulation/‘theory theory' debate, the weakness of will question, and the realism/antirealism controversy. With regard to the simulation/‘theory theory' debate concerning the neuropsychological underpinnings of our Theory of Mind (ToM) capacities, it appears that both sides are partially correct. As reflected by the distinctive empathic impairments characteristic of psychopathy and autism and supporting neurological evidence, Affective ToM and Cognitive ToM rely on unique underlying mechanisms, with the former incorporating more simulation-based processing and the latter involving more theory-based operations. In Chapter 3, it is argued that weakness of will occurs less frequently in the case of intuitive judgments, as opposed to assessments based on conscious moral reasoning, since intuitive judgments are typically linked to relatively more intense emotion and thus carry greater motivational force. Furthermore, I contend in Chapter 4 that a Darwinian genealogy of our ethical sensibility poses a serious epistemological challenge to traditional versions of moral realism, a view that there are ‘independent' ethical truths that apply irrespective of our subjective feelings. The practical implications of this evolutionary debunking are limited, however, because our tendency to impute greater practical authority to ethical norms is emotionally-rooted, persisting in the absence of a belief in moral realism. Finally, in my last chapter, I endorse and expand John Rawls' method of wide reflective equilibrium as a psychologically realistic approach to ethical justification that accords with the empirical evidence regarding the affective foundations of moral judgment and motivation. To my awareness, this enhanced version of Rawls' method is the first developed normative reasoning procedure of its kind within the sentimentalist tradition--a justificatory approach that attributes normative weight to our moral feelings without, however, automatically justifying them.

I. Trolley Problems and Moral Dumbfounding 3

2. The Two Faces of Empathy: Evidence from Psychopathy and Autism 41

I. Emotional Empathy and Psychopathy 44

III. The Evolution of Empathy 67

3. Empirical Moral Psychology and the Future of the Weakness of Will Debate 81

I. Defining the Internalist Thesis 85
II. Psychological Classes of Judgment 105
III. MAMIT 111
IV. The Weakness of Will Question 124

4. The Affective Foundations of Practical Clout:
A Naturalistic Critique of Moral Error Theory 135

I. The Case Against Moral Objectivism 137
II. Are We Really Morally Objectivists 150

The Method of Wide Reflective Equilibrium 165

I. The Method of Wide Reflective Equilibrium 168

IV. The Future of Normative Ethics 216

Figure 1: The Two Facets of Empathy 43 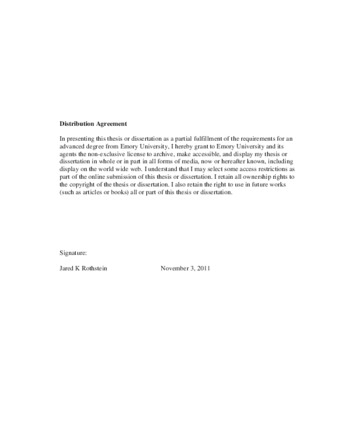