In this dissertation, relationships between ambient air pollutants and the adverse pregnancy outcomes of preterm birth and intrauterine growth restriction (IUGR) were investigated in a cohort of approximately 500,000 infants delivered between January 1, 1994 and December 31, 2004 in the five-county Atlanta metropolitan area. Using a time-series approach, daily counts of preterm birth and small for gestational age (SGA), a proxy measure of IUGR, were examined in relation to ambient levels of carbon monoxide, nitrogen dioxide, sulfur dioxide, ozone, PM10, PM2.5 and rarely available speciated PM measurements during selected gestational windows of exposure. Daily pollutant levels were characterized using a population-weighted spatial average of air quality monitors in the five-county study area. Measurements from individual monitoring stations were also examined in analyses limited to mothers with residential geocodes within four miles of each station. Three manuscripts were developed from the work conducted in this dissertation. The first manuscript describes the seasonal patterns of birth in the study population and the potential for confounding by these patterns in temporal investigations of seasonally varying exposures and preterm birth. The methodological issues described motivate the analytic methods utilized in the subsequent manuscripts and are relevant for future temporal studies of seasonally varying exposures in relation to adverse pregnancy outcomes. In the second and third manuscripts, results of the preterm birth and SGA analyses are presented. Most relationships examined were consistent with little or no association. Preterm birth was associated with nitrogen dioxide in the six weeks before birth and with PM2.5 sulfate and PM2.5 water soluble metals in the week before birth. SGA was associated with carbon monoxide and coarse PM in the first month of gestation and carbonaceous PM2.5 in the final nine weeks of pregnancy, but these associations were only observed in the subset of infants born preterm. Results provide some support for an effect of ambient air pollution on fetal development but should be interpreted with caution given the number of gestational windows and pollutants investigated and lack of strong a priori evidence for an effect of these pollutants.

CHAPTER 4: Seasonality of birth in Atlanta and implications for temporal studies of preterm birth

APPENDIX A: Additional analyses of seasonality of birth in Atlanta and implications for temporal studies of preterm birth

APPENDIX B: Additional analyses of ambient air pollution and preterm birth in Atlanta, 1994-2004 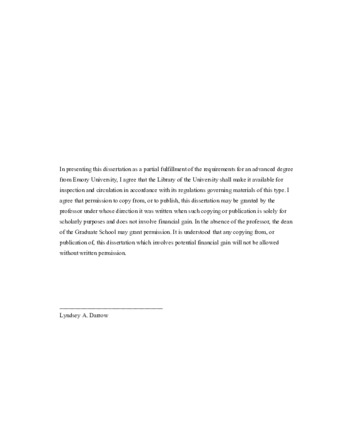