Several perinatal exposures have been linked with adverse health outcomes later in life.
Fetal exposure to maternal depression, symptoms and treatment are associated with low
birth weight, fetal cardiac defects, and impaired cognitive and emotional development.
Likewise, gestational age, often in the form of preterm delivery, is associated with an
increased rate of neonatal mortality and development of cerebral palsy, cognitive and
behavioral issues. In this study, we examined whether there was an association between
these perinatal exposures and differential methylation in >27,000 CpG loci in umbilical
cord blood DNA of neonates born to mothers participating in a prospectively-
characterized psychiatric cohort. Contrary to previous reports, we found no associations
between neonatal DNA methylation and any psychiatric diagnosis or depressive symptom
measures taken during pregnancy. However, maternal exposure to any antidepressant
during pregnancy was associated with differential methylation at TNFRSF21 and
CHRNA2, though these findings were not associated with individual antidepressant
classes. Gestational age was associated with differential methylation at 41 CpG loci in
39 genes, including genes previously implicated in labor and delivery (e.g., AVP, CRHBP
and ESR1) or that may influence the risk for adverse health outcomes later in life (e.g.
DUOX2, TMEM176A and CASP8). Twenty-six of these loci in 25 genes were then
successfully replicated in an independent, non-psychiatric cohort. These combined
findings will play an important role both in characterizing the epigenetic dynamics
contributing to labor and delivery and in assessing potential impacts of these perinatal
exposures on later-life health conditions.

M.A., Texas A&M University, 2005
Advisors: Joseph Cubells, M.D., Ph.D.
Alicia Smith, Ph.D.
A dissertation submitted to the Faculty of the
James T. Laney School of Graduate Studies of Emory University
in partial fulfillment of the requirements for the degree of
Doctor of Philosophy
Graduate Division of Biological and Biomedical Sciences
Genetics and Molecular Biology
2011

Overview of the Infinium Protocol 30

Figure 1-1: Representative Model of Epigenetic Modifications 18
of Histone and DNA

Table 2-1: Prevalence of SNPs Under the HumanMethylation27 Probes 39
or at the Single Base Extension Nucleotide

Table 2-2: Prevalence of Flanking CpG Dinucleotides Under the 40
HumanMethylation27 Probes or at the Single Base
Extension Nucleotide

Table 3-1: Demographic and Clinical Characteristics of 59
the WMHP Subjects

Table 4-1: Demographic and Clinical Characteristics of the Discovery 76
and Replication Cohorts

Figure 4-2: Heat Map of Beta Values from Subjects with the Lowest 81
and Highest Gestational Ages from the Discovery Cohort

Figure 4-3: Samples in the Discovery Cohort that Used LMP to 82
Determine GA do not Significantly Differ From Those
Based on Obstetrician Report 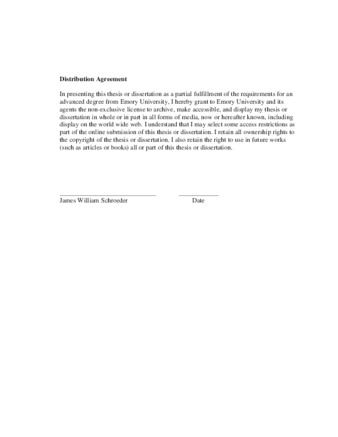