Background: Scientific evidence has consistently shown taking valproate (VPA) during
pregnancy increases the risk of neural tube defects. This study was conducted to estimate
the prevalence and trends in VPA prescriptions for non-epilepsy indications among U.S.
women of childbearing age.
Methods: We obtained data on individual prescriptions for women aged 15 - 44 years
from the National Ambulatory Medical Care Survey (NAMCS) and the National Hospital
Ambulatory Medical Care Survey (NHAMCS) from 1996-2007. Women were classified
as having epilepsy/seizure (WWE) or not (WWNE) using ICD-9-CM diagnostic codes.
Using sampled case specific weights and variances; we estimated the number of anti-
epileptic drug (AED) prescriptions, VPA prescriptions, patient visits, and the prevalence
of AED and VPA prescriptions to women with no epilepsy or seizure.
Results: Eighty-eight percent of all AED prescriptions and 83% of all VPA prescriptions
were for non-epilepsy/non-seizure indications. The prevalence of all AED prescriptions
among WWNE more than tripled between 1996 and 2007 (10.3 vs. 34.9 per 1000 patient
visits), while the prevalence of VPA prescriptions in this group remained stable over
time- 3.1 per 1000 patient visits (95% CI: 2.3 - 3.9) in 1996-1998 vs. 3.7 per 1000 patient
visits (95% CI: 2.8 - 4.7) in 2005-2007. Eight-three percent of all VPA prescriptions were
to WWNE-- most for psychiatric indications
Conclusion: Our data showed that between 1996 and 2007, in the United States, the use
of the teratogen--VPA did not decline among women of childbearing age who did not
have a diagnosis of epilepsy or seizure. Thus far, prevention guidelines have been
developed for WWE while little attention has been given to women with psychiatric
disorders who may be prescribed VPA. The results of this study suggest the need for
guidelines to either avoid or reduce significantly the use of VPA among women of
childbearing potential who do not have epilepsy or seizure disorders. Interventions to
prevent birth defects associated with VPA use during pregnancy are urgently needed and
should be targeted towards women receiving VPA for psychiatric indications as well as
toward women with epilepsy and seizure disorders.

Table 1. Prevalence and Number of AED and valproate prescriptions for U.S women without a diagnosis of Epilepsy/Seizure (WWNE) aged 15-44 years from 1996 - 2007 22

Figure 4. Trends in the proportion of VPA prescriptions for Psychiatric disorders from 1996-2007 30

Figure 5. Trends in the proportion of VPA prescriptions for pain and other non-epilepsy disorders from 1996-2007 31

Figure 7 Distribution and trends in AED prescriptions for Psychiatric disorders from 1996-2007. 32

Figure 8. Distribution and trends in AED prescriptions for Pain disorders from 1996-2007. 33 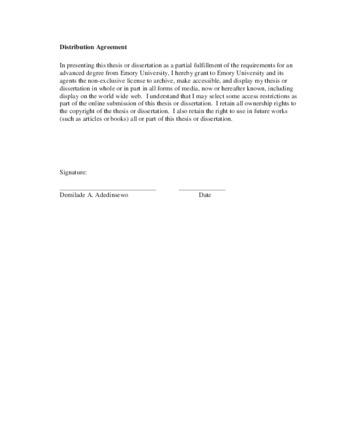