The elongation phase of transcription by RNA Polymerase II (Pol II) involves numerous events that are tightly coordinated, including RNA processing, histone modification, and chromatin remodeling. RNA splicing factors are associated with the elongating Pol II, and the interdependent coupling of splicing and elongation has been documented in several systems. Much of the coordinated events are mediated by their interactions with the C-terminal domain (CTD) of Pol II. The specificity of the interaction can be obtained by modulating the structure of the CTD by numerous post-translational modifications (PTMs). One class of enzymes that can modulate the CTD is the peptidyl prolyl isomerases (PPIase). Here I characterize a member of the cyclophilin family of PPIases that interacts with Pol II to coordinately regulate transcription elongation and splicing in C. elegans. SIG-7 contains multiple functional domains, including the PPI domain and RNA-interacting domains. In embryos depleted for SIG-7, RNA levels for over a thousand zygotically expressed genes are substantially reduced, Pol II elongation is defective, and unspliced mRNAs accumulate. Our findings suggest that SIG-7 plays a central role in both Pol II elongation and co-transcriptional splicing and may provide an important link for their coordination and regulation.

An overview of transcription regulation. 2

The release of Pol II pausing by P-TEFb. 8

The Role of the CTD in Splicing. 14

The Roles of Peptidyl Prolyl Isomerases During Transcription. 16

PPIases and the Pol II CTD. 18

Figure 1. The features of pre-mRNA recognized by spliceosome and step-wise assembly of spliceosome complex. 25

CHAPTER 2: A Conserved Nuclear Cyclophilin is Required for Both RNA Polymerase II Elongation and Co-Transcriptional Splicing in Caenorhabditis elegans. 26

Mapping and characterization of sig-7 mutants. 32

sig-7 encodes a conserved nuclear cyclophilin that is essential for development. 34

SIG-7 is essential for normal gastrulation during embryonic development. 37

Figure 1. Repetitive transgenes are desilenced in both somatic and germ cells after the sig-7 RNAi. 67

Figure 2. The sig-7 gene, protein, mutant alleles, and orthologs in other species. 68

Figure 7. sig-7 is required for hallmarks of zygotic transcription. 73

Figure 12. Comparison of embryonic stages present in control vs sig-7(RNAi). 78

Figure 14. SIG-7 is required for efficient splicing of nascent transcripts. 80

Figure 20. H3K36me3 is more significantly affected than H3K4me3 during embryonic development in sig-7(RNAi). 86

Figure 23. Repetitive transgene array can be desilenced by knocking down RNA Pol II by RNAi. 89

Figure 24. The presence of genetic balancer, not the defects of SIG-7 function, is responsible for suppression of Muv phenotype in eri-1 background. 90

CHAPTER3: H3K4 and H3K36 Methylation in Germline stem cells and Their Roles in Transgenerational Maintenance of Germline Function. 91

A brief history of the emergence of the field of epigenetics. 92

A rationale for the need of maintaining cellular memory. 93

The role of DNA methylation in epigenetic memory. 94

The Role of Histone Methylation in Epigenetic Memory. 97

GFP tagged WDR-5 protein is expressed in adult gonads, and the maternally inherited WDR-5 protein shows a persistence over a few cell divisions during early embryogenesis. 104

Loss of set-17 or set-30 does not noticeably affect transcription dependent H3K4 methylation in the adult germline. 109

Figure1. Summary of the methylation dynamics of H3K4 and H3K36 during embryonic and an adult germline development. 118

Figure 3. Western blot for GFP confirms the expression of WDR-5.1. 120

Figure 6. Synergistic defect in the fertility of the met-1;wdr-5.1 double mutant. 123

Figure 7. The loss of both wdr-5.1 and met-1 causes sterility due to various defects during germline development. 124

Figure 8. The wdr-5.1(RNAi) causes a precocious appearance of the maternal effect sterile (mes) phenotype of the mes-4 mutant (M+Z-). 125

Figure 9. Nether set-17 nor set-30 is the major transcription dependent H3K4 methyltransferase in the adult gonad of C. elegans. 126

CHAPTER 4: The significance of my studies and future directions. 127

The significance of SIG-7 studies. 128

The significance of WDR-5 project. 129 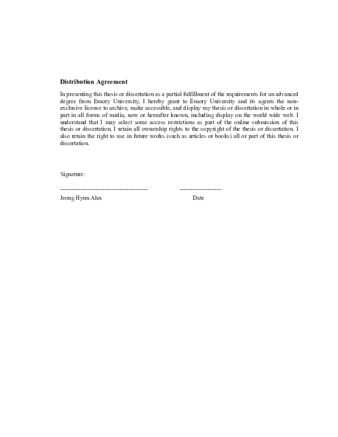