Multiple myeloma is an incurable hematologic malignancy of long-lived antibody secreting cells. Despite advances in therapeutics in the past decade that have led to vastly improved patient outcomes, there is still no known cure. Myeloma cells resemble their normal counterpart, long-lived plasma cells that reside in the bone marrow, to such an extent that survival factors that regulate plasma cell survival have also been shown to be required to maintain myeloma cell viability. A reliance on the bone marrow microenvironment for growth and survival signals is a characteristic shared by normal and malignant plasma cells. These signals are mediated by interactions between the myeloma cells and other components of the bone marrow stroma. We hypothesize that disrupting these interactions can induce apoptosis in myeloma cells, providing another means to target this disease.

We propose that one interaction that could be targeted for clinical benefit in myeloma is that between CD28 and CD86. These molecules are better characterized for their role in T-cell costimulation, however the signaling pathway/s they mediate have been shown to be important in maintaining plasma cell longevity in murine models. Previous studies from our lab have shown that activation of the CD28 pathway can protect myeloma cells against different death signals. These molecules are frequently expressed in myeloma cells, thus research into the signals relayed by this module is important to determine the role/s it plays in myeloma pathogenesis.

Our data shows that blockade of this pathway by inhibiting expression of either CD28 or CD86 with shRNAs leads to myeloma cell death. When we investigated gene expression changes when either molecule was silenced, we found that one of the genes that was down-regulated with CD28 or CD86 silencing was IRF4, a well-known myeloma survival factor. We also found that modulation of this signaling pathway led to downregulation in the expression of integrins, and solute carrier (SLC) family members, showing that this pathway regulates multiple aspects of myeloma physiology that are important in maintaining viability and function.

Interestingly, our data also shows that CD86, the canonical ligand in this signaling module, has signaling capacity. Overexpression of full-length CD86 protects myeloma cells against different death signals. In contrast, a “tail-less” version of CD86 could not protect against the same insults, indicating that CD86 is relaying a pro-survival signal in myeloma cells that is dependent on its cytoplasmic tail. Altogether, our data indicates that further investigation of the signals mediated by the CD28-CD86 signaling module is warranted in the context of myeloma, given that these two molecules are regulating important myeloma survival factors.

Myeloma cells, like most long-lived plasma cells, arise from the germinal center reaction. 5

CD28 and its role in malignant plasma cells. 22

CD86 and what is known about its downstream signaling effectors. 25

CD86 in B cell differentiation. 27

Blockade of CD28-CD86 as a therapeutic avenue for myeloma. 27

Gene expression changes in CD28 versus CD86-silenced cells are consistent with regulation of both distinct and common pathways, including expression of IRF4. 36

Overexpression of shRNA-resistant full length CD86 protects against CD28- and CD86- silencing, but not against loss of IRF4. 39

Table S2. List of shRNA clones used in this study. 61

III. The CD28-CD86 signaling pathway plays a role in the regulation of SLC7A5. 73

Silencing of CD28 or CD86 results in downregulation of SLC7A5. 73

Overexpression of CD86 results in modest protection against cell death induced by silencing of SLC7A5. 74

IV. CTLA-4-Ig and it’s potential for therapeutic use in myeloma. 79

Treatment with CTLA-4-Ig leads to downregulation of many of the same genes as silencing of CD28 or CD86. 83

Cell death induced by physical blockade of CD28-CD86 interaction is both caspase -dependent and -independent. 84

Overexpression of CD86FLm could not protect against cell death induced by CTLA-4-Ig. 84

CD28 and CD86 are commonly expressed on myeloma cells from primary cells. 91

Comparing silencing of CD28 or CD86 with blockade using CTLA-4-Ig. 102

Manipulation of the CD28-CD86 pathway as a therapeutic avenue in myeloma. 104 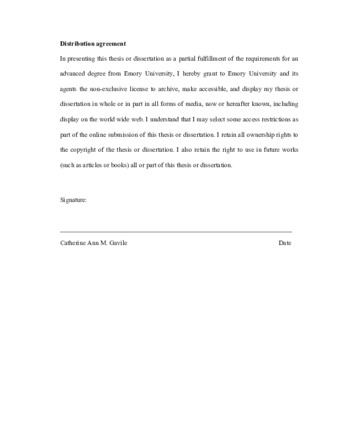