As policymakers continue to promote new hygiene behavior interventions across Ghana to improve the country's poor water sanitation ranking, it will be important for them to address the roles that social factors such as gender and religion play in determining individuals' motivations for adopting hygiene standards and practices. Mary Douglas seeks to explain the social basis of hygiene by applying dirt-rejection theory, which posits that individuals within a social group use rituals to reject elements of "dirt" that do not fit with their social identity. Robert K. Merton develops the concept of ritual more broadly by applying functional analysis to delineate manifest and latent functions and dysfunctions which rituals can have within a social group. Furthermore, Merton's "Strain Theory" serves to systematically classify the types of social deviance people engage in to avoid following strong cultural norms. This study looks at how Douglas's theory of dirt-rejection and Merton's functional analysis of religion and social deviance typology apply to contemporary hygiene behaviors and water sanitation practices adopted in peri-urban and urban Accra, Ghana. Thirty-six in-depth interviews and twelve focus group discussions were conducted with a total of 118 heads of household in an effort to uncover the complex ways in which gender and religious identity converge to influence views on hygiene beliefs. During data collection, several themes of social deviance emerged, along with salient differences between Muslims and Christians and men and women on a broader scale. An unexpected finding was that Muslim men were the most conscious of the connection between holiness and cleanliness and most active in community water sanitation matters; however, women, irrespective of religious identity, were more likely to engage in hygiene promotion within the household. Although religion did play a large role in shaping individual adherence to cleanliness norms, socioeconomic status also greatly influenced this outcome. Overall, this study found that rather than serving only a latent function, religion serves the manifest and public function of promoting hygiene behaviors. In the context of a highly gendered social structure, religion can also serve the latent dysfunction of barring women from full participation in community water sanitation affairs.

Émile Durkheim, Distinguishing the Sacred from the Profane...15-16

Connections between Holiness and Cleanliness...54-61

Connections within the Household...54-56

Connections within the Marketplace...56-59

Religion as Justification for Gendered Notions of Water Sanitation Roles...73-76

The Innovator: Reinventing the Concepts of Dirt and Hygiene...80-84

Appendix 9: Coded Record of Participants for Interviews and FGDs...130-134 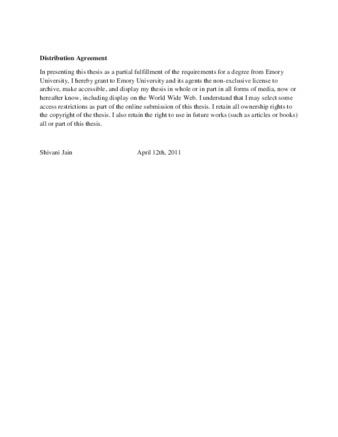