This dissertation engages two medieval Indian philosophical traditions on the question of how humans construct and experience their worlds. Both Dharmakīrtian Buddhism (7th century onward) and Pratyabhijñā Śaivism (10th century onward) define themselves through dialogical encounters. The problematics of the earlier Buddhist views that Dharmakīrti inherits fundamentally shape his famous theory that concepts refer merely to the exclusion of what is other, and that these concepts guide successful activity in the everyday world despite not being ultimately real. While his thought generally proceeds as if the Abhidharma ontology of ultimately real particulars were correct, at key moments he rejects the idea that any kind of diversity--from spatial extension to the mere differentiation of a moment of awareness into subject and object--could be ultimately real. Following Vasubandhu (4th century), Dharmakīrti finally affirms that, ultimately, the appearance of a dualistically structured world is nothing but a cognitive error created by beginningless karmic imprints. The question of whether or not Dharmakīrti's final ontology supports his account of ordinary experience inspires the Pratyabhijñā Śaiva critique of his ideas. Although Utpaladeva (10th century) and Abhinavagupta (10th-11th century) avail themselves of Dharmakīrti's account of concept formation, they claim that Dharmakīrti's reliance on beginningless karmic imprints cannot bridge the gap between nondual ultimate consciousness and the everyday world of mutually opposed subjects and objects. Moreover, in contrast to Dharmakīrti's general refusal to provide an ultimate grounding for the conventional world, these Śaivas claim that a successful ontology can and must address this question. Their sophisticated adaptation of Dharmakīrti's theories allows them to account for the transition from their own articulation of ultimate reality as Śiva's nonconceptual self-realization to the conventional worlds that we ordinarily experience. For these Śaivas, the diversity we experience within the conventional world cannot be purely the result of an error. Rather, it is an expression of the nondual differentiation inherent to ultimate consciousness itself. While this consciousness always exceeds the limited realities of various types of sentient beings, these realities themselves are nothing but Śiva's play of manifesting himself in diverse forms for the sheer joy of partaking in different experiences.

Part I: Two Approaches to Understanding the Conventional World 3

Delimitation of Texts and Traditions 4

A Summary of the Debate 10

Part II: On the Methods and Merits of Talking with Dead Strangers 17

On the Merits of Comparison 18

Blended Spaces and the Structure of Comparison 29

Chapter I: The Ontological Problem with Conventional Experience 33

Alignment of Realization and Vāc 71

Chapter II: Apoha and the Creation of the Objects of Practical Activity for Dharmakīrti 85

Part I: Why Universals Do Not Exist 87

Universals are not Causally Efficacious 91

Part II: Inference without Universals and the Causal Warrant for Forming a Concept 97

Part III: Conflation of the Concept and the Object Guides Practical Activity 117

Concern for Practical Activity Governs Concept Creation and Use 118

Chapter III: Vāsanā and the Creation of the Worlds of Conventional Experience 138

Part I: Contemporary Critiques of the Dharmakīrti's Ability to Account for the Judgment of Sameness (Ekapratyavamarśajñāna) 140

Can Apoha Account for the Initial Setting of Conventions? 157

Part II: Anādivāsanā and the Creation of Conventional Worlds 167

Yogācāra Refinements on the Co-Creation of Self and World 174

Chapter IV: Apoha and the Creation of the Worlds of Conventional Experience in Pratyabhijñā Śaiva Thought 194

Part I: The Pratyabhijñā Critique of Anādivāsanā and the Appearance of Diversity 195

Abhinavagupta on Time, Differentiation, and the Relationship between Conventional Worlds and Ultimate Nonduality 222

Part II: The Creation of Conventional Worlds through the Alignment of Apoha and Subject/Object Duality in Pratyabhijñā Thought 238

Conceptual and Nonconceptual Forms of the Realization "I" 239

World-Constituting Error and the False Conception of Self 245

Some Potential Contributions: On Attention and Consciousness 270 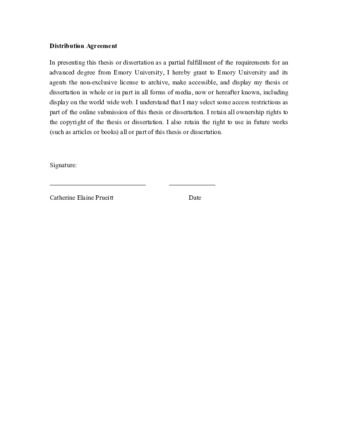