Background: An estimated 43-93% of new HIV infections in Africa occur within
cohabiting adults. The negative partner in a sexually active heterosexual serodiscordant
couple is at risk for HIV infection unless safe sex practices are applied; specifically,
consistent and correct condom use (CCCU). The aim of this study was three-fold: to
explore the behavioral influences upon the successful management of CCCU; to assess
the prevalence of supportiveness towards condom use and identify predictors for couple-
level supportiveness; and to investigate the desire for children and attempted pregnancy
techniques.
Methods: A mixed-method study was conducted. First, a qualitative study was
conducted from June to August 2006 in Lusaka, Zambia. Eight focus groups were
conducted by sex and serostatus. The modified constant comparison method guided the
data analyses. Next, a cross-sectional study was conducted from April to August 2009
among couples in Kigali, Rwanda (n=198) and Lusaka, Zambia (n=485). Men and
women were interviewed separately. Data analyses included descriptive, bivariate, and
multivariate logistic regression analysis along with Cohenâ€Ÿs kappa and p-value, and
conditional probability.
Results: The most common barrier to CCCU identified in the qualitative study was the
husbandâ€Ÿs forced unprotected sex with his wife. The most common reported supportive
influence was assertiveness by the wife. For the second-phase of the study, only 67.4%

of Rwandan couples and 54.0% of Zambian couples had two supportive partners.
Predictors for couple-level supportiveness included individual, couple, and socio-cultural
factors. The desire for children was reported by up to one-third of individuals and current
condom use interruption for pregnancy attempts was reported by up to one-third of
desiring couples yet couplesâ€Ÿ knowledge of a womanâ€Ÿs fertility cycle was extremely low.
Conclusions: The investigation of individual, couple, and socio-cultural factors that
disrupt CCCU is a critical next step in the development of HIV prevention.
Consideration is needed to develop problem-solving strategies and safer sex hierarchies.
Likewise, reproductive counseling for HIV-affected couples continues to be a critical
unmet need. A systematic and theory-driven investigation of couple-level prevention
strategies for CCCU is needed to develop sustainable techniques and the establishment of
sero-specific norms for this unique population.


1
Sub-Saharan Africa continues to bear a disproportionate burden
of the AIDS epidemic, particularly among urban populations
2
Cohabiting couples are the largest risk group for HIV infection
in sub-Saharan Africa

CHAPTER 3: Prevalence and predictors of supportiveness towards condom use among
heterosexual serodiscordant couples in Zambia and Rwanda

CHAPTER 4: Desire for children and its impact upon condom use among heterosexual
serodiscordant couples in Zambia and Rwanda
Abstract 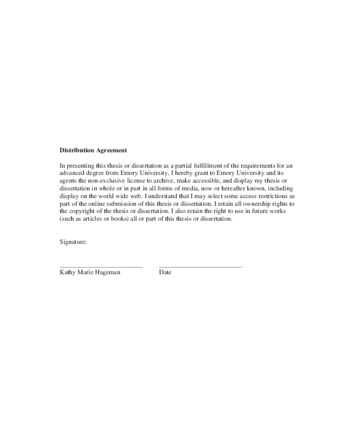