Alzheimer's disease (AD) is characterized by extracellular amyloid plaques and intracellular neurofibrillary tangles. The major aim of the AD research is to identify biomarkers at the early stage of the disease to prevent it from progressing. The identification of these biomarkers can be explored through the determination of differential gene expression in the disease state and the normal state. The common platform for performing transcriptomes is cDNA microarray, however, it is associated with certain drawbacks. The development of high throughput mRNA-seq has been shown to resolve the issues related to microarray. Because transgenic AD rats at the two month age exhibit no amyloid plaques and behavioral impairment, which is equivalent to preclinical AD, we characterized the transcriptome of both AD and wild type (WT) rats at 2, 6, and 12 month to compare the level of gene expression, aiming to identify early pathogenic pathway that pertains to the late stage of AD through bioinformatics (DAVID) analysis. Because of the novelty of mRNA-seq, real time PCR was used for the validation of the mRNA-seq data. mRNA-seq reveals 2318 genes that exhibit consistent differential expression across the three ages, with 1587 genes downregulated, and 731 genes upregulated. DAVID identified the proteasome pathway that is mostly enriched in this gene set and four most significant proteasome associated genes were chosen for validation. Real time PCR results were in accordance with mRNA-seq results, indicating that the proteasome is affected in AD at early stage, and the mRNA-seq can be used for further investigation of other novel pathogenic pathways. 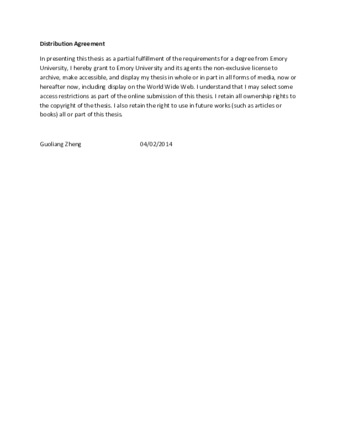