This dissertation consists of five chapters that track how robots evolve through different kinds of media and it offers some insight into the changing nature of what it means to be a robot in American popular culture between a ninety-year span from roughly the 1920s to the 2010s. The first chapter provides an early history of Westinghouse robots and representations of robots in American print media. The second chapter offers a star study of the Depression Era robot Elektro, the Westinghouse Moto-Man. The third chapter focuses on the character of Robby the Robot and how he fits into Cold War American suburbia. And, the last two chapters look at robots in the science fiction television series, Battlestar Galactica, first through the primary text and then through the fan-generated paratexts around the series.

The aim of this dissertation is to address how ideas about technological possibilities are packaged and sold to American audiences; and how, in turn, Americans interpret, interact, and even play with different representations of technology. It's important to understand that a technology is not just a specific device like a phonograph or toaster, but part of an ongoing social process. New technologies are born from, and informed by, distinct social contexts, and the ways people see technologies are largely informed by their social world. In these chapters, products of new technology go beyond the mechanics of the featured robot to inform the social landscape from which it was created.

Elektro and Selling the World of Tomorrow

Robby and a Consumer Planet

Battlestar Galactica and Reimagining the Robot 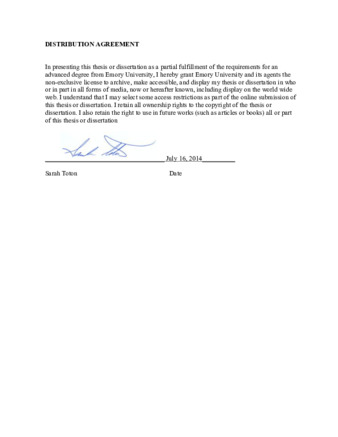