The well-organized chromatin structure of DNA packaged into nucleosomes can determine how genetic information encoded by DNA is used in different conditions. Factors contributing to DNA accessibility include the activity of chromatin remodeling complexes and exchanging histones for variant histones within nucleosomes. The histone variant H2A.Z acts to promote or repress transcription by either stabilizing or destabilizing nucleosome structure, but the underlying mechanisms are unclear. Therefore, much work is needed to understand the context that makes H2A.Z incorporation into chromatin necessary for transcriptional regulation.

Previous work in Arabidopsis thaliana showed that the repressive function of the BRM ATPase of the SWI2/SNF2 complex makes the transcriptional activating function of H2A.Z necessary for transcription of the developmental switch gene Flowering Locus C (FLC).  Thus, I performed chromatin and transcriptional profiling in Arabidopsis plants to evaluate the genetic interaction between BRM and H2A.Z at target genes. I found 8 classes of genes involved in transcriptional regulation and responses to stimuli that establish that H2A.Z and BRM directly regulate transcription of genes either redundantly or with opposing roles. Profiling genomic nucleosomal changes resulting from loss of BRM and/or H2A.Z showed that H2A.Z is associated with varying nucleosome dynamics, and BRM tends to destabilize or reposition nucleosomes flanking nucleosome-depleted regions.

To identify additional factors opposing H2A.Z-mediated transcription at the FLC locus, I conducted a forward genetic suppressor screen. I identified mutants depleted of H2A.Z-containing nucleosomes that still showed FLC transcription. By mapping suppressor mutations from the screen, I identified 9 candidate H2A.Z antagonists. Further work to distinguish whether the candidate mutations identified can suppress H2A.Z-nucleosome depletion phenotypes has potential to expand our understanding of what repressive factors make H2A.Z necessary for transcription.

In summary, I comprehensively profiled how H2A.Z and BRM interact to contribute to transcriptional regulation and nucleosomal organization and identified additional factors that may necessitate the role of H2A.Z for transcriptional regulation. These findings expand our view of how H2A.Z interacts with other factors in a complex chromatin context to regulate genomic processes, which have biological implications for development and how organisms respond to their environment.

SWR1 and SWI2/SNF functions overlap in the genome -12

Scope of the dissertation - 12

Figure 2.3. H2A.Z levels in chromatin are independent of BRM and dependent on ARP6. - 72

Figure 2.4. BRM is flanked by two well-positioned nucleosomes that are disrupted by transcription. - 74

Figure 2.13 BRM and H2A.Z overlap with PIF4 peaks but do not affect the surrounding chromatin environment. - 88

Figure 2.14 BRM and H2A.Z overlap with PIF5 peaks but do not affect the surrounding chromatin environment. - 90

Figure 2.15. BRM and H2A.Z can contribute to nucleosome stability at FRS9 binding sites. - 92

Figure 3.5. FLC levels were not rescued to arp6-like levels in eoa2 complementation lines. - 151

Table 3.2. Primers used for InFusion cloning of the candidate genes into the pCAMBIA Agrobacterium transformation vector - 156

Table 3.4. Primers to confirm that Agrobacterium and Arabidopsis transformants have the correct insert - 159

Figure 4.2. BRM and H2A.Z may contribute to nuclear localization of light-responsive genes together with PIF4 for their transcriptional activation. -  177 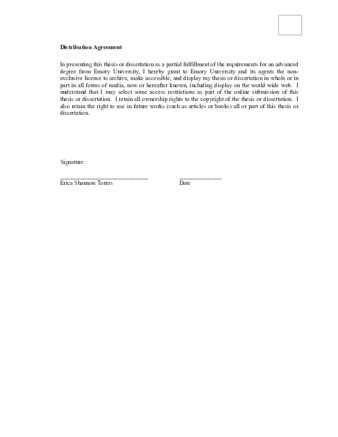