Confidentiality agreements used in an employment context were originally intended to prevent disclosure of trade secrets. By the end of the nineteenth century, courts had expanded the scope of confidentiality agreements’ use to protect a wide range of information. Expansion on the use of confidentiality agreements turns out to be problematic in cases where the information being suppressed by the agreement is of great public interest. One high-profile instance that exemplifies this is the Trump Tape case. In October 2016, leaked footage from the 2005 TV show Access Hollywood was published, in which the then presidential candidate Donald Trump was having a vulgar conversation about women. Following the Access Hollywood leak, it was reported that in some outtakes of another TV show, The Apprentice, Trump behaves even worse toward women and people of color. However, publication of these outtakes was obstructed due to a confidentiality agreement, signed between entertainment company MGM and the Apprentice production team, which purportedly prevents disclosure of the outtakes.

In this thesis, I investigate the legality of the Apprentice agreement in the Trump Tape case. First, I examine the current law’s status on the agreement. Second, I turn to a normative analysis and consider the Apprentice agreement in relation to the deeper normative structures that inform our understanding of what the legal system is designed to do. Specifically, in the normative analysis, I draw on three social political theories, i.e., utilitarianism, contract theory, and rights theory, as the lens to consider the legality of the “Apprentice” agreement. Based on the normative analysis, I conclude that strong arguments can be made for which the law can and should warrant disclosure of the outtakes in the Trump Tape case. The discrepancy between the normative conclusion of how the law should function and the fact of how the law does function, to a large extent, points to the understanding that change and reform of the current law on confidentiality agreements will be necessary. 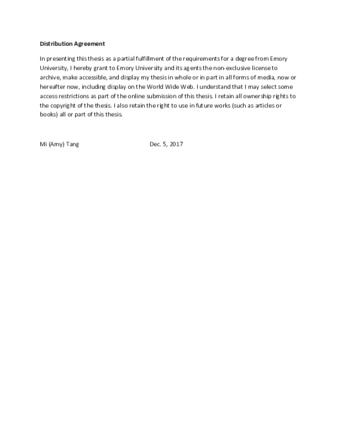