Background: The increased morbidity and mortality in patients with nonalcoholic fatty liver disease (NAFLD) is in large part due to complications of cardiovascular disease (CVD). Fructose, a common nutrient in the westernized diet, has been reported to be associated with increased cardiovascular risk, but its impact on adolescents with NAFLD is not well understood. Plasminogen activator inhibitor-1 (PAI-1) has been proposed as a link between fructose consumption, NAFLD and CVD. Thus, we examined PAI-1 in relation to fructose consumption and the development of hepatic steatosis and insulin resistance among overweight and obese children.

Methods: Our study consisted of two parts. In the first, 39 overweight and obese Hispanic children underwent comprehensive anthropometric and metabolic assessment as well as magnetic resonance spectroscopy for hepatic fat calculation. In the second part, 24 children from cohort 1 who had hepatic steatosis >5% on imaging and that were regular consumers of sugary beverages were enrolled in a 4-week randomized-controlled, double blind intervention study using calorically matched fructose and glucose beverages and evaluated at 0, 2 and 4 weeks.

Results: PAI-1 was found to be closely correlated with severity of hepatic steatosis independent of BMI, visceral fat, and insulin resistance (p < 0.001). PAI-1 did not significantly correlate with insulin resistance after controlling for BMI. Further, plasma PAI-1 did not significantly change over the four week period among those consuming fructose supplement or glucose supplement, or comparing the change between the two groups.

Conclusion: These findings suggest that PAI-1 most closely relates to hepatic steatosis in early stages of fatty liver development in children, independent of other risk factors, and that hepatic steatosis may mediate PAI-1's association with insulin resistance. PAI-1 offers the potential to be elevated among high-fructose beverage consumers but further studies are needed to observe this trend. Finally, PAI-1 may serve as a biomarker for NAFLD development early in the course of its disease and possibly as a target to prevent NAFLD progression into NASH or CVD complications.

Table 3. Parameter estimates from linear regression model with PAI-1 as dependent variable with nothing controlled 22

Table 4. Parameter estimates from linear regression model with PAI-1 as dependent variable and controlling for BMI 23

Table 5. Parameter estimates from linear regression model with PAI-1 as dependent variable and controlling for HOMA-IR 24

Table 6. Parameter estimates from linear regression model with PAI-1 as dependent variable and controlling for VAT 25

Table 9. Parameter Estimates from a Mixed Model ANOVA Regression with PAI-1 as Dependent Variable and Controlling for Individual 28

Figure 1. Known Mechanism of the Action of PAI-1 29

Figure 2. Visualization of Aim 1 and Aim 2 of the present study 30

Figure 4. Diagrammatic relationship between PAI-1 and Variables of Interest 32

Figure 7. Trend of PAI-1 over the 4 Week Period by Individual within Fructose Group 35

Figure 8. Trend of PAI-1 over the 4 Week Period by Individual within Glucose Group 36

Appendix: Tests for Normality of the Unedited and Log-Transformed Predictor and Outcome Variables 43 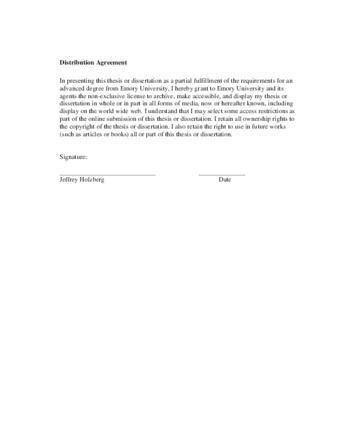