Although Roman centurions appear at crucial stages in the Gospel of Luke and the Acts of the Apostles, the significance of the centurion's office for the development of Luke's story has not been adequately researched. To fill in that void, this study examines the role of the Roman centurion in the narrative of Luke-Acts. A discussion of the treatment of the Roman army in general and Roman centurions in particular in the relevant Greco-Roman and Jewish sources of the period provides insight for the following analysis of the function of the centurion in Luke's story. This study argues that 1) contemporary evidence reveals a common perception of the Roman centurion as a principal representative of the Roman imperial power, and that 2) based on that perception, Luke-Acts employs centurions in the role of prototypical Gentile believers in anticipation of the Christian mission to the Empire. The introductory chapter surveys the current state of the question and provides the plan of the study. Chapter one surveys the background data, including the place and role of the centurion in the Roman military organization and structure, the phenomenon of the Roman army as the basis of the ruling power in the period of the late first century B.C.E.--first century C.E., the role of the Roman army in the life of the civilian community, the Roman military regiments in Palestine, Luke's military terminology, and Roman military units in Luke-Acts. Chapter two reviews Greco-Roman witnesses that reflect on the image of the Roman military, including the historical treatises of Polybius, Julius Caesar, Sallust, Livy, Velleius Paterculus, Tacitus, and Appian; the biographical writings of Cornelius Nepos, Plutarch, and Suetonius; the works of Plautus, Cicero, Virgil, Horace, Petronius, Quintilian, Epictetus, Juvenal, Fronto, and Apuleius; and non-literary evidence. Chapter three engages the relevant Jewish witnesses, including 1 Maccabees, the Dead Sea Scrolls, Jewish pseudepigrapha, the historical works of Philo, Talmudic literature, and non-literary evidence. The examination of the works of Josephus occupies the second part of chapter. Chapter four examines the relevant accounts in Luke's diptych. The accounts of Luke 7:1-10 and Acts 10:1-11:18, central for explicating the role of the centurion in Luke-Acts, are the focus of the second half of the chapter. The conclusion reviews the findings of the study and summarizes the results.

I. The Prominence of Centurions in Luke-Acts and the Current State of the Study

II. The Scope, Methodology, and Argument of the Study

III. The Plan of the Study

II. The Significance of the Centurion's Office in the Roman Army

A. The Place and Role of the Centurion in the Structure of a Legion

B. The Role of the Centurion in an Auxiliary Cohort

II. The Army and the Ruling Power

A. The Army and the Julio-Claudian Emperors

B. The Army in the Year of the Four Emperors

C. The Role of the Centurion as Representative of the Imperial Authority

III. The Roman Army in the Civilian Context

IV. The Roman Army in Palestine

A. Judaea--From Kingdom to a Province

i. Military Terminology in Luke-Acts

D. The Jewish Revolt and the Roman Response

Chapter 2: The Image of the Roman Soldier in Greco-Roman Sources

A. The Image of the Soldier in the Works of History

viii. Summary of the Section

B. The Image of the Soldier in the Works of Biography

iv. Summary of the Section

C. The Image of the Soldier in Other Literary Sources

Chapter 3:The Image of the Roman Soldier in Jewish Sources

A. The Roman Army in Jewish Literature Prior to 63 B.C.E.: 1 Maccabees

B. The Roman Army in Jewish Prophetic Literature

vi. Summary of the Section

C. The Roman Army in the Works of Philo

V. The Roman Army in the Works of Josephus

Chapter 4: The Roman Military in Luke-Acts

II. The Roman Army in the Gospel of Luke


III. The Roman Army in the Acts of the Apostles

B. The Roman Military and Paul on a Voyage to Rome (Acts 27)

IV. The Figure of the Centurion in Luke 7 and Acts 10 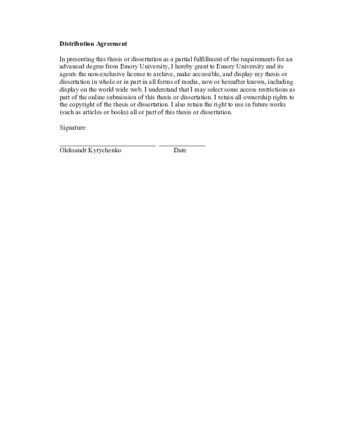