Substance abuse is common among individuals with a psychotic disorder. The rate of nicotine use in psychotic populations is estimated around 75% or higher. One explanation for this elevated smoking rate is the self-medication hypothesis, in which psychotic individuals use nicotine to alleviate aspects of psychosis such as cognitive deficits and negative symptoms. These benefits are postulated to be related to nicotine's role in dopamine production in the brain. Evidence is mixed, with some studies finding cognitive benefits associated with nicotine, some finding an association between nicotine and negative symptom severity, and some finding no relationship. Little research examines this theory in individuals at Clinical-High Risk (CHR) of developing psychosis. The current study investigated the relationship between negative symptom severity in a sample of CHR individuals taken from the NAPLS 2 study and hypothesized that smoking rates would be elevated among this population compared to healthy controls and that there would be a positive association between symptom severity at the baseline and 12 month visits. Additionally, the current study hypothesized that nicotine users would have a decrease in symptom severity over time. CHR individuals exhibited an elevated smoking rate. Findings did not support the self-medication hypothesis, as a positive relationship was observed in only two symptoms at baseline and none at 12 months and no relationship was found between baseline nicotine use and symptom severity over time. No relationship was found between nicotine and mean negative symptom score. An inverse relationship found between social anhedonia and nicotine use at both time-points may indicate the opposite - that symptom severity discourages smoking behaviors. This is further explained by past research findings indicating that youth with higher levels of social connectedness are more likely to use nicotine later in life.

The Neurobiological Role of Nicotine. 3

The Rate and Predictors of Smoking in Psychotic and CHR Individuals. 5

The Symptoms Correlates of Smoking in Psychotic Populations. 8

Alternative Explanations for Smoking in Psychosis. 12

Purpose and Hypotheses of the Present Study. 13

Rates of Substance Use and Preliminary Analyses. 31

Nicotine Use at Baseline. 33 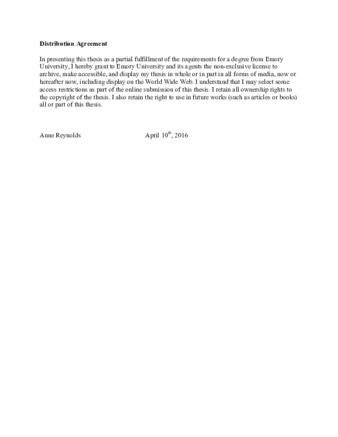