The United States Virgin Islands (USVI) are composed of four small islands located at the Eastern end of the Great Antilles in the northern Caribbean Sea. The USVI are located in Hurricane Alley which makes the area highly susceptible to many natural disasters, especially hurricanes. In the past 25 years, 11 major hurricanes have caused substantial damage to the USVI. Hurricanes are massive storm systems that form over ocean water and often move toward land. Hurricane season starts June 1st and ends November 30th every year. Most major hurricanes occur between August and September. Depending on wind speed, hurricanes are classified according to the Saffir-Simpson scale (Categories 1 through 5): category one is the least destructive and category five is the most destructive. Hurricane effects vary depending on the category and can be considerable. Some of the threats from hurricanes include high winds, heavy rainfall, storm surge, coastal and inland flooding, rip currents, flood damage, flying debris, damage by fallen trees, the collapse of buildings, and tornadoes. During an active hurricane, the greatest threat to life and property is from the storm surge. Storm surge can severely erode beaches, coastal highways and damage property along the coastline.

Hurricanes have become more frequent and intense over the past few years. On September 6, 2017, Hurricanes Irma devastated St. Thomas and St. John with sustained winds of 106 mph for 14 days(1). Later, on September 20th, Hurricane Maria passed through the western end of St. Croix with sustained winds of 178 mph and hit the U.S. Virgin Islands (2).

Hurricanes are the most costly natural disaster. The year 2017 had a historically high cost of 306 billion USD in hurricane disaster damage, relief and recovery that impacted the United States economy (3). It is critical that all affected regions have a preparedness, response and recovery plan in action. Although preparedness is key in reducing damage caused by hurricanes, immediate response to hurricanes can save lives and minimize disaster damage. Lastly, Collaboration among governmental, non-governmental, local community, volunteers and disaster relief workers are essential.

Hurricane History in the United States of Virgin Islands.      15

Frequency and Intensity of hurricanes in the US. Virgin Islands      20

Economic Impact of Hurricanes on the United States Virgin Islands 22

The effect of hurricane on mental health     32 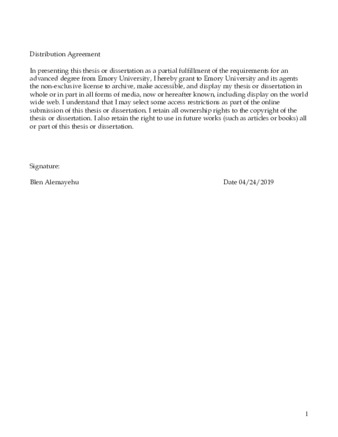