There is an ethical lapse in the United States' asylum system resulting from how U.S. asylum policy contemplates refugee identity. U.S. asylum policy rests on the notion that refugee subjects are passive objects of external forces. Such a notion of refugee subjectivity leads to an asylum policy anchored in humanitarianism and, therefore, unable to recognize the moral demand made by the refugee Other. This thesis seeks to challenge the approach of U.S. asylum policy and the notion of refugee subjectivity that informs it, arguing that the asylum seeker should be recognized as a moral agent whose flight from persecution is a purposive, moral act. Such recognition requires, in turn, that the asylum system respond to the demands that a moral agent makes.

The argument is developed in three chapters. Chapter One investigates the emergence of statehood and citizenship as norms of political community that establish a paradigm where refugees can only exist as exceptional subjects. Chapter Two examines how U.S. asylum policy responds to the refugee as exceptional subject. Employing philosopher Judith Butler's work on narrative subjectivity, Chapter Two explores how the norms and conditions imposed on the asylum seeker's narrative by asylum law limits the possibility of asylum seeker agency. Without moral agency, asylum seekers are unrecognizable as the moral Other to whom we must be accountable, and asylum and protection for those fleeing persecution is only charity to be offered at the discretion of the receiving state, rather than a moral duty. Chapter Three seeks to disrupt this set of norms by examining alternative understandings of the moral agency of flight found in the theological narratives of the Exodus and the hijra. Working from philosopher Emmanuel Lévinas's concept of the Other that embodies a moral obligation, Chapter Three reimagines the possibility of refugees' moral agency through these theological narratives and argues that recognizing the moral agency of flight opens the way for responding to the moral demand of the Other. Finally, the conclusion explores suggestions for how U.S. asylum policy can respond to the moral demand of the Other.

Table of Contents
Introduction...1
Chapter One: The Exceptional Subject in International Law...11

Chapter Two: Encountering the Refugee Other in Asylum...38

Lévinas and The Demand of the Other as a Moral Subject...51
A Theological Ethics of Flight...53
The Demand of a Moral Agent...61 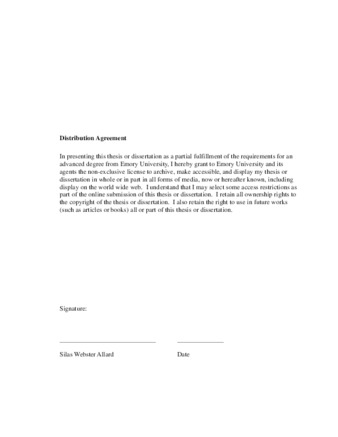