This thesis examines Aristotle’s and Charlotte Brontë’s respective treatments of character development in Nicomachean Ethics and Jane Eyre. By analyzing the works in tandem, I put Ancient philosophic discourse and Victorian literature into dialogue, thereby demonstrating the way in which the fields of philosophy and literature interact with, and illuminate, one another. While Aristotle’s ethics rest at the center of the project, I supplement my analysis of the moral narrative in Jane Eyre by drawing upon Epictetus’ Discourses, Augustine’s Confessions and Kant’s Groundwork of the Metaphysics of Morals.

This thesis argues that Jane, Brontë’s protagonist, defies the contemporary gendered Victorian moral code and displays growth more congruent with Christian and Aristotelian teachings. To both strengthen my own analysis of Jane’s internal makeup, and demonstrate the stylistic similarity of Aristotle’s and Brontë’s modes of writing, I contrast Jane’s character with those of others. More specifically, I examine her moral character alongside that of Bertha and St. John, interpreting the three characters as literary embodiments of Aristotle’s distinction between the states of deficiency, intermediacy and excess. I not only study other characters as a means of proving Jane’s morality to be most conducive to leading a happy, autonomous life, but to also reveal the way in which they serve to test her morality and compromise her freedom. To do so, I have constructed my argument in accordance with Aristotle’s topoi, dividing my chapters based on “places,” and have studied an oppressive force in each. Tracking Jane’s character development throughout the Bildungsroman, I reveal her increasing ability to resist the Victorian patriarchy; more generally, I draw attention to the moral and psychological strategies that allow women and men to overcome hardship.

I. Section 1: John Reed as an Oppressive Froce

I. Section 1: Mr. Brocklehurst as an Oppressive Force

I. Section 1: Morality and Agency 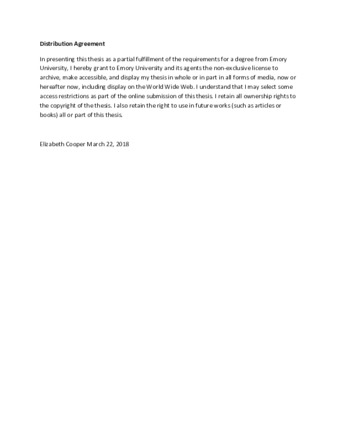