Linguistic theory has historically assumed that the sound structure of words and the physical attributes of word referents are arbitrarily assigned. Recent behavioral, linguistic, and neuroscience studies have challenged this assumption through the demonstration of sound symbolism, or non-arbitrary correspondences between sound and meaning. Research, including preliminary fMRI studies, indicates that sound symbolism may result from cross-modal interactions within the brain.

This study attempts to pinpoint specific sound-to-meaning mappings through analysis of associations between the phonetic and acoustic attributes of systematically varied nonsense words with two opposite physical traits, rounded and pointed. Using these identified sound-to-meaning mappings, a speeded classification task was developed to examine the functional effects of sound symbolic correlations. Certain phonemic traits were consistently rated as either pointed or rounded across tasks. Pairing nonsense words with these traits with congruent and incongruent visual stimuli did not significantly affect time to identify the visual stimulus, although learning may have affected reaction times. This research provides insights into the nature of linguistic reference as well as into the structures that produce and interpret meaning in natural language.

Figure 1: Representation of vowels in articulatory space based on height and backness indicating vowels used in nonsense words...13

Figure 2: Round and pointy stimuli for Speeded Classification Task...22

Figure 3: Mean response time for each group condition in Experiment 2...26

Table 1: Proportion pointed judgments by vowel and consonant class in the forced choice task of Experiment...16

Table 2: Mean Likert ratings for the pointed scale (1=not pointed, 7=very pointed) and for the rounded scale (1=not rounded, 7=very rounded) by vowel and consonant class in Experiment 1...18

Table 3: Mean percent of trials excluded based on response time and standard error...24

Table 4: Mean proportion correct and standard error as a function of visual stimulus and congruency condition...25 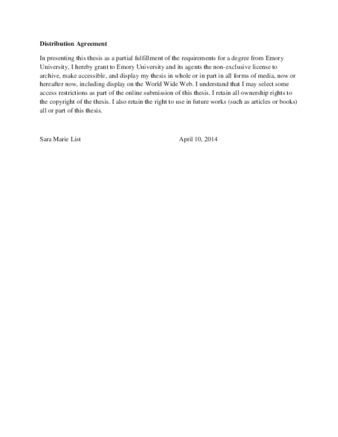