Background: South Africa has one of the highest levels of HIV prevalence in the world, with incidence among key demographics rising. Despite free condom distribution programs, condom utilization may be declining. Issues of condom fit are correlated with breakage, slippage and non-use. Custom-fitted condoms have been shown to reduce condom failure, but no research has been conducted to determine whether heterosexual men in South Africa would be more likely to use condoms if they were custom-fitted.

Methods: A survey focusing on condom experiences and opinions was conducted in Cape Town, South Africa (n = 124). Demographics and sexual experiences were analyzed for associations with: condom use at last sex (CUALS), recent condom failures, history of condom failure, perfect use of condoms, preference for brand-name over free condoms, and a higher likelihood of using condoms, were custom-fitted options were available. Further multivariate analyses were conducted to examine the relationships between multiple exposures and selected outcomes.

Results: A high percentage of participants reported CUALS (68%), which was inversely related to relationship level (p < 0.004). Condom errors/failures were also common (58%). Almost a third (31%) reported condom failure within the previous 30 days. Condom dissatisfaction was high, and 24% reported they would be too embarrassed to use free condoms. The majority, 73%, supported more condom sizes.

Conclusions: Participants reported a high prevalence of condom failure, especially among uncircumcised men, and high dissatisfaction with current condom options. Most participants expressed a desire for additional sizing options, and would be more willing to use condoms, were custom-fitted condoms available. Our data suggests that the introduction of additional condom sizing options could positively affect condom utilization among heterosexual males in South Africa.

Significance and Implications for Global Health. 12

Condom Use in South Africa. 20

Condom Fit as a Function of their Use. 25 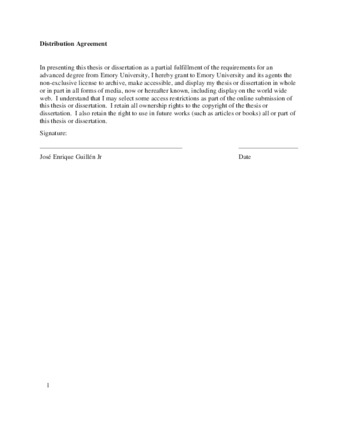